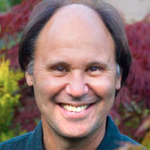 Robert Sachs was born in Cleveland, Ohio. He started his college years at Case Western Reserve University, but then moved to England where he lived and studied. Along with a more conventional educational route, Robert began to study with Tibetan Buddhist masters and embarked on a study of Asian healing systems, He received his B.A. in comparative religion and sociology at the University of Lancaster and then moved down to London, where he studied Macrobiotics with Michio Kushi and Rex Lassalle at the Kushi Institute and hatha yoga under the guidance of Jonathan O’Dell and Johanna Auld whilst also being trained as a mental health counselor with the Richmond Fellowship. Before leaving London with his new wife, Melanie, and returning to the United States, he became certified as a hatha yoga instructor with the All India Board and Inner London Education Authority, completed shiatsu training with Rex Lassalle, and was instrumental in starting the Community Health Foundation’s “Growing Family Center.”

As an adult student back in the United States, Robert went on to receive a massage license from Central Ohio School of Massage and a Masters in Social Work at the University of Kentucky. Of particular interest to Robert since the late seventies has been the practical preventive health care aspects of Tibetan medicine, which he studied under the guidance of Dr. Lobsang Rapgay. Robert also focused on the healing meditations of Tibetan Buddhism, including those practices that prepare one for the time of death under Ven. Khenpo Karthar Rinpoche, Lama Ole Nydahl, and other Buddhist masters. Currently, Robert continues to study under the guidance of Tibetan Buddhist master, Kunzig Shamar Rinpoche.

Most recently, Robert has studied with Dr. Darren Weissman, the founder of the LifeLine technique; a new, but ancient therapeutic tool which Robert calls Science-based Spirituality, bridging Eastern healing and spiritual traditions with the most recent findings in psychoneuroimmunology, and the transmuting effects of mind and emotions on genetics. in this he is also indebted to Dr. Ernest Rossi, with whom he has been engaged in an ongoing apprenticeship.

With a educational background and training that is as conventional as it is ‘alternative,’ Robert continues to work as a Licensed Clinical Social Worker, a certified LifeLine Practitioner, massage therapist, and author. Through that time and for the last thirty-five years, Robert has worked with physicians, clinics, hospitals, and private individuals and organizations teaching stress management and preventive health care. He is sought after as a lecturer at holistic health care conferences nationally and has hosted his own talk radio show. And, he has written numerous articles for national and international health magazines and 7 books, all focusing on physical, emotional, and spiritual well-being. His book, Tibetan Ayurveda: Health Secrets from The Roof of The World is considered by Dr. Deepak Chopra and other physicians of both eastern and western traditions as one of the clearest and most usable texts on Tibetan Ayurveda available. Robert is also the author of Nine Star Ki: Your Astrological Companion to Feng Shui (Vega/​Chrysalis), Tibetan Ayurveda: Health Secrets From The Roof of The World (Inner Traditions), Rebirth Into Pure Land (Diamond Way Ayurveda), Perfect Endings: A Conscious Approach to Dying and Death (Inner Traditions), The Passionate Buddha: Wisdom on Intimacy and Enduring Love (Inner Traditions), The Buddha at War: Peaceful Heart, Courageous Action in Troubled Times (Watkins/​Duncan Baird), and the much anticipated new book, Wisdom of The Buddhist Masters: Common and Uncommon Sense (Watkins/​Duncan Baird). Several of these titles are already in a number of foreign languages.

Roberts MOST RECENT WORK is an unlikely story turned into an e-book. It is entitled Psychic Whackos Save America and involves its author and 3 friends with paranormal abilities thwart a terrorist attack on Los Alamos Labs in New Mexico. This is a true story with unlikely characters and an unexpected outcome.

Along with his wife, Melanie, Robert runs Diamond Way Ayurveda, the foremost promoters of Ayurveda in the spa and beauty industries. Together, they have recently released a seminal wellness book entitled, Ayurvedic Spa (Lotus Press). They live, teach, and have a clinic in San Luis Obispo, California.

“As mortal beings in this vast universe, we stand between Heaven and Earth – children of the soil, children of the stars.  In our trials, toils, and troubles, we often lose sight of our connection to Heaven.  We lose our way, we SIN, which means we think, act, and move OFF THE MARK.  This does not make us bad.  It just means we are mortal, with all of our confusion attachment to things that really matter very little, and our defensiveness to boot.
But then IMPERMANENCE, the true mark of our mortality steps in, reminds us, cajoles us, and in the end delivers back into the hands of Heaven and whoever or whatever we think, know, or experience to be the Great Architect of it all.  Earth releases its binds to us and we re-connect with our star nature.
This is what our Beloved ones passed have done.  Their earthly connection and purpose have come to an end, whether abruptly or over a prolonged time.  And in that process to be with them, to help them, we stretch ourselves to re-connect to our Heavenly side and in those times, with heaven and earth brought together within us we extend whatever we have to help them on their final mortal journey.
But then, once they pass, they in heaven, we on earth, we feel drained, spent, withered, adrift, uncertain, brought low, not knowing where to turn and what to do.
Remembering them, call on them, in the face of us not feeling exactly heavenly, we call on them and in their heavenly guise or form they help us to re-connect the pieces of our lives that make it possible to go on.
When we remember them, we well up inside, tears form, our breathing becomes deep and the earth of which we are a part becomes moistened once more.  We remember then to drink water, savor a good bath, appreciate the ocean outside our door.  We begin to think about eating again.  All the adrenal strength that was gone for months, perhaps years, begins to be replenished.  If for you the passing of your loved one has been more recent, rest assured these things will happen.  The sting, the barren-ness will pass – but only if you take time to REMEMBER them.  For, when you remember them, you call upon their heavenly part to enter into you and in so doing, you become all the greater, all the richer for you not only have your own bit of heaven and earth, but the blessing of theirs as well.

Think on this today and in the nights and months to come as we go from the dark of this season into the light.  And let the lights we light tonight begin or continue that healing and wholing journey.”  Slaine