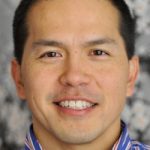 Gene Ang, Ph.D. has a healing practice based in Thousand Oaks, CA and sees clients for a number of energy healing and shamanic healing practices*. In addition, he teaches seminars that focus on the integration of science, spirituality, and healing. Gene travels both in the United States and internationally facilitating healing sessions and workshops. 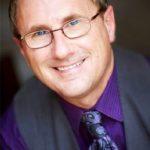 Roland Comtois is an internationally acclaimed channel, speaker and best-selling author of And Then There Was Heaven, A Journey of Hope and Love and 16 Minutes…When One Breath Ends, Another Begins.

A compelling and inspirational speaker, Roland has captivated audiences worldwide with his uncanny ability to connect with the spiritual realm, sharing personalized messages that have the power to heal the soul. 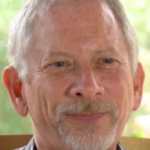 Henry Fersko-Weiss is a Licensed Clinical Social Worker, who in 2003, created the first end of life doula program in the United States at a hospice in New York City. That program, which adapted approaches and techniques from the work of birth doulas, focused on helping a dying person and family prepare for the end of life, working alongside them in the last days, and supporting and guiding them through the early period of grief. 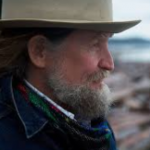 Stephen is a teacher, author, storyteller, spiritual activist, farmer and founder of the Orphan Wisdom School, a teaching house and learning house for the skills of deep living and making human culture. It is rooted in knowing history, being claimed by ancestry, working for a time ​yet to come.​ 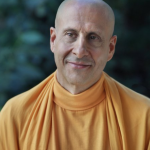 Radhanath Swami is a Vaishnava sanyassin (a monk in a Krishna-bhakti lineage) and teacher of the devotional path of Bhakti-yoga. He is author of The Journey Home, a memoir of his search for spiritual truth, and the New York Times bestseller The Journey Within. His teachings draw from the sacred texts of India such as The Bhagavad-gita, Srimad Bhagavatam, and Ramayana, and aim to reveal the practical application of the sacred traditions, while focusing on the shared essence which unites apparently disparate religious or spiritual paths.

Hans Wilhelm has written and illustrated over 200 books for children and adults. Many have been translated into more than thirty languages and have become successful animated television series that are enjoyed by children all over the world. The total sales of his books have exceeded 42 million copies worldwide.

Hans was born in Bremen, Germany. He lived for many years in Africa before moving to America. He now lives in Weston, Connecticut in an old farmhouse with his artist wife Judy Henderson.

As a noted speaker Hans has been inspiring audiences around the world with his spiritual and life-affirming concepts that he shares in many of his books.

Clinical herbalist, scientific researcher, jazz musician, theologian—Donald “Donnie” R. Yance can perhaps best be described as a modern Renaissance man. His wide-ranging interests come together in a unique approach to healing: Donnie merges the time-honored traditions of nature-based medicine with state-of-the-art scientific knowledge, infused by his spiritual practices and his creativity. With a passion for healing, Donnie has dedicated his life to helping people thrive, even in the face of significant illness, and he has successfully guided thousands of people in their healing journeys.